Abati graduated from the University of Calabar, Nigeria in 1985 with a First Class Honours and as Class Valedictorian. He was recipient of the Vice Chancellor’s Prize for the Student with the Best Overall Academic Performance in the Graduating Class. He was also a National Merit Scholar. He later studied at the University of Ibadan as a University Scholar.

He holds a Ph.D in Theatre Arts, specializing in Dramatic Literature, Theory and Criticism from the University of Ibadan (1990), a bachelor’s degree in Law from Lagos State University, Lagos (1999), a professional training certificate in journalism from the College of Journalism, University of Maryland, College Park, United States (1996–97) and a Certificate in Management and Leadership from the Said Business School, University of Oxford (2015).

While serving as Chairman, Editorial Board and Editorial Page Editor of The Guardian Newspapers, for more than ten years, and later as Special Adviser, Media and Publicity and Official Spokesperson in the Nigerian Presidency (2011-2015), he was responsible for a whole range of tasks including articulation and execution of policy, determination of editorial direction, crisis management, media management, communications and team management.

He is well-regarded as one of Nigeria’s leading public affairs commentators and as a media professional who has a unique multi-disciplinary background in drama, management, journalism and law garnered over the past thirty-two(32) years.

Abati is a recipient of many prizes for journalistic excellence. These include the Hadj Alade Odunewu/Diamond Award for Media Excellence Prize for Informed Commentary (which he has won four times), the Cecil King Memorial Prize for Print Journalist of the Year (1998), the Fletcher Challenge Commonwealth Prize for Opinion Writing (2000), the Freedom Peace Prize for Journalism (2010) and The Red Media Africa Living Legends Industry Award (2015) 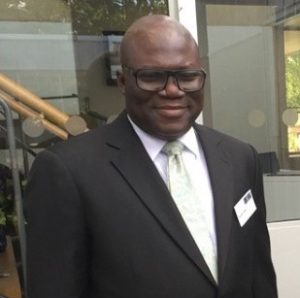